Here’s the brutal truth about music artists: the vast majority make no money. In days past, it was the record labels with their unfair practices that robbed all but the most successful and admired musicians of a fair income. These days, it’s streaming services like Spotify that do the looting. Consider: the average per-stream payout from Spotify is a shocking $0.006 to $0.0084.

Music has always been a tough business, but recent developments have really put the cat among the pigeons. The music industry has undergone major changes in the last couple of decades, making it even harder to make it as a musician.

These and other developments have led many in the music industry, including music artists, to realize that the only way to make money from the art is to become an entrepreneur.

Artists are supposed to only concentrate on their art, innovate, practice, and become consummate music artists. Record labels used to take care of things like producing, mixing, promotion, event bookings, advertising, and social media for them.

That has changed. Today’s musicians have little choice but to take on these responsibilities as well. In other words, they must be music artists with business acumen.

Well, that’s not impossible at all. We have loads of examples of music artists who have made their fortunes out of being shrewd businesspeople.

Famous entrepreneurs in the music industry

The music industry is awash with entrepreneurs who made an absolute killing. Here is a very short list of these geniuses:

Notably, most of them are solo artists in their own right, but they have made their fortunes by being clever with money and grasping business opportunities, especially collaborations with other artists. One of them doesn’t even have a note of musical training. These music artists didn’t wait for record companies to afford them opportunities; they created their own.

Andrew Lloyd Webber, the most commercially successful composer of all time, responsible for enduring musicals like Cats, The Phantom of the Opera, Joseph and the Amazing Technicolour Dreamcoat, Jesus Christ Superstar, Evita, and countless others, set up his entertainment empire, Really Useful Group (RUG), in 1977. Many of Lloyd Webber’s shows have run for decades in major cities across the globe. He owns seven theatres in London.

In addition to composing, he produces stage shows and three of his musicals have been adapted into feature-length films. Lloyd Webber is reportedly exceptionally smart about money and marketing, working just as hard on marketing as composing.

Born Shawn Corey Carter, Jay-Z is, first and foremost, the most influential rapper of all time in addition to being a songwriter, record executive, entrepreneur, and media proprietor. As a musician, he earned 19 Grammy’s and sold over 100 million records; as a businessman, he has made millions from his different ventures. Jay-Z

Rihanna is one of the most successful singers ever, having scored 14 No. 1 hits on the Hot 100 and 31 top 10 hits. But music is by far not her only source of income.

Her net worth exploded when she became a businesswoman. In 2017 she entered the cosmetics industry with Fenty Beauty, which turned the cosmetics industry upside down. Today, the company is worth billions. She followed that up with a lingerie business, Savage X Fenty in 2018 and Fenty Skin in 2020. And predictably, like so many before her, she entered the highly competitive celebrity fragrance market. She launched her first fragrance Reb’l Fleur in early 2011. Her second perfume was the hugely popular Rebelle. In the end, she released 10 different fragrances. Fenty also launched a perfume in 2021, which sold out in two hours.

Simon Cowell is a television personality, entrepreneur, and record executive. His professional life is all about music, but he is not a music artist – he plays no musical instruments and can’t sing, yet he’s one of the wealthiest people in the music industry.

Cowell has earned his fame and money through his ability to judge the musical ability of others. He is responsible for producing such enormously successful shows as:

All these music moguls made their fortunes by branching out and creating various income streams.

The music industry offers many opportunities for people to leverage their love for music to become an entrepreneur. None of these options are easy, and financial success won’t come overnight, but with dedication, anything is possible.

If you are musically inclined and a techie, you are in the pound seats to become an entrepreneur of note. There are countless music app ideas that you can consider, or you can come up with your own. Here is a list of ideas for music apps.

If you love music and do software programming, creating some kind of music app would be the best of two worlds, don’t you agree? It will require a great deal of effort, dedication, and passion, but there are loads of information online to guide you through the process.

2. Start a podcast for musicians

Musicians need all the help they can get to make money from their art. Start a podcast that provides useful information for them, for instance:

You can make a decent income from podcasting, but you have to be in it for the long haul.

3. Cash in on the karaoke craze

Karaoke has been popular in Asia since the late 70s and the rest of the world has also woken up to the great joy of this form of entertainment.

Westerners are taking to private karaoke events as an alternative to other forms of entertainment. Karaoke offers an intimate experience with close friends or colleagues and is being used for all sorts of events. Companies around the world are using private karaoke boxes to celebrate employees and teams. It’s also a common sight at restaurants, bars, clubs, and private residences. So if you love music, and like spending time with people enjoying music, setting up a karaoke business may be a sound business option for you.

You can go all out and buy the latest karaoke equipment, or you can set up business in no time with a smartphone, a tablet, or a computer and a steady internet connection. Other equipment like a mic, speaker, TV screen and cables you probably have on hand. If not, they are readily available at a cost that suits any budget.

Follow this link to learn all the ins and outs of setting up a karaoke business.

Being proficient in your chosen music instrument is not enough for music artists anymore. In the hugely overcrowded music industry, artists must promote their work relentlessly on all possible platforms. And you may think that we already have Facebook, Instagram, and YouTube for this purpose.

Still, I submit the world is a big place with many different musicians in different regions performing different music genres, which are constantly proliferating into completely new sounds. Surely, there’s still room for an alternative social media platform that can help music artists market themselves to the world.

Admittedly, anyone trying this would face considerable competition, but if you can come up with a unique angle, you can succeed. Two startups in this space are Songclip and Surf for Brands. Songclip created an API that allows apps to offer song searching and sharing capabilities to their users and Surf for Brands is a social media marketing startup that connects brands with social data to help them analyze and make sense of their audience.

There are several reasons why music artists need help with marketing their work. Like other creatives, many of them are not comfortable promoting themselves. Others are simply too busy with other music-related activities, and some are working another two jobs just to keep the kettle boiling. Besides, music schools don’t focus on marketing, so their alumni don’t know how to market themselves.

In other words, their marketing is not getting done, creating a gap for anyone who loves music and has marketing skills. Professional marketing is invaluable in any industry. If you can do it well, you’ll always have a job and an income.

The first thought that comes to mind is that this is a very challenging choice – many people see music producing as the ultimate career in music, so the competition is stiff and few make it. But, as the saying goes, everything in music is difficult, so you may as well go for broke.

It’s an all-consuming profession that also delivers supreme artistic satisfaction. It requires a special skill to produce music that sounds good only to the producer’s ears, but also to many others. Producers are responsible for the creative and technical aspects of recordings that will determine how a single song, an album, or a soundtrack will sound.

In the past, no university offered music production courses, but these days you can learn everything you need to prepare yourself for a career as a music producer.

Of course, if you are a tech-savvy teenager, you have probably already experimented with making recordings on your laptop and you may be considering setting up your own recording studio right in your bedroom!

Is there a need for music producers, though? Very few people have the ear for music combined with the technical skills necessary to produce music, so there will always be a demand for skilled music producers.

There are dozens of career paths open to music artists and music lovers, but they all require dedication and hard work. To be really successful and earn megabucks, involves a combination of talent, hard work and serendipitous opportunities. While few are destined for those heights, there is plenty of room for many talented and hard-working individuals to make a good living from their musical skills or love for music. 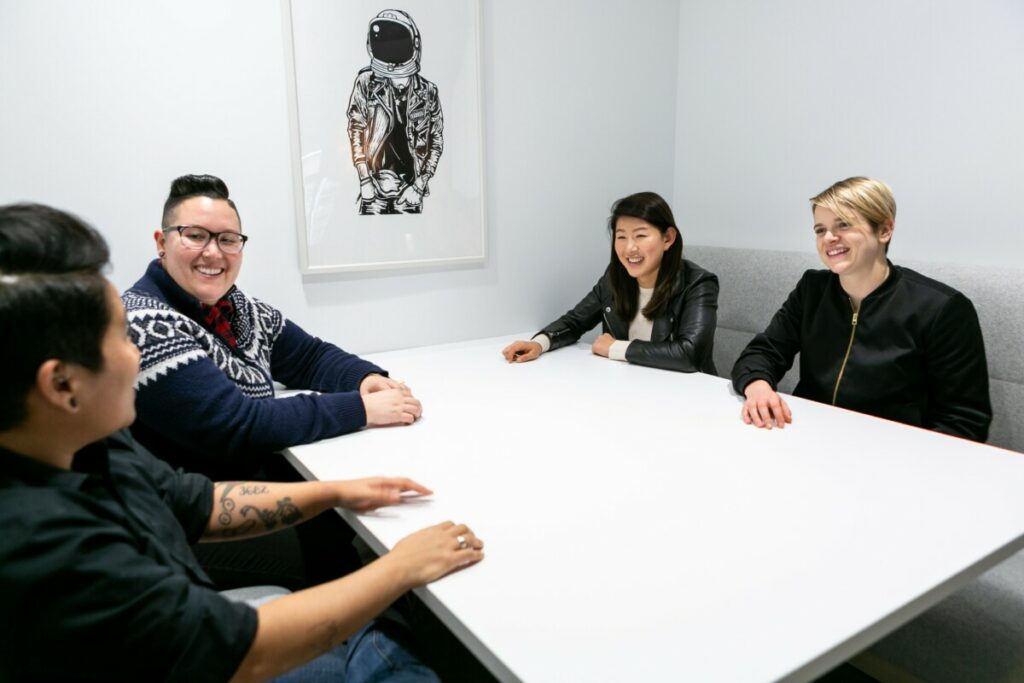 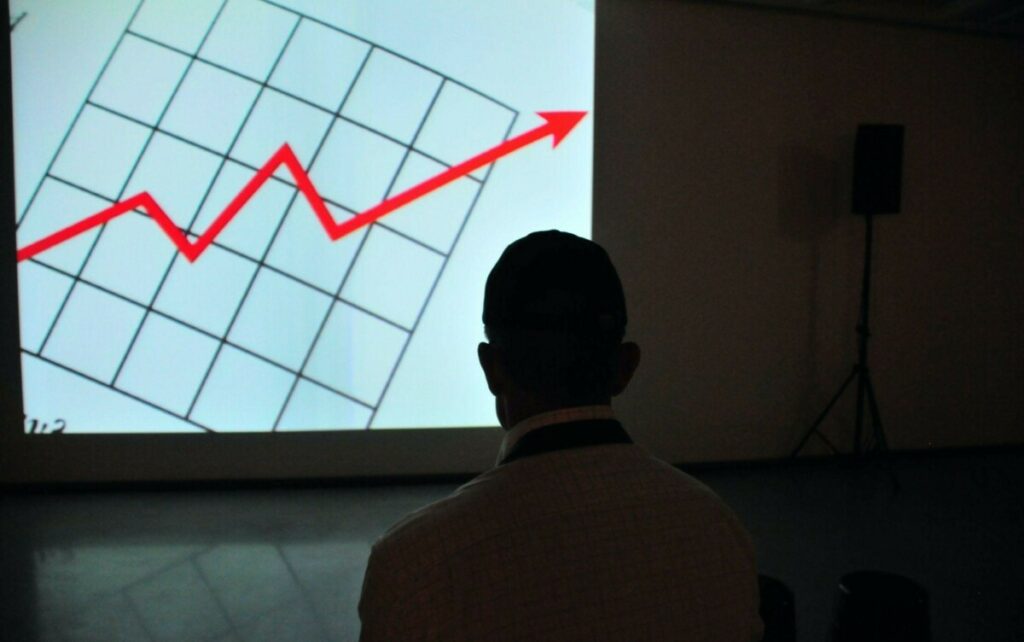